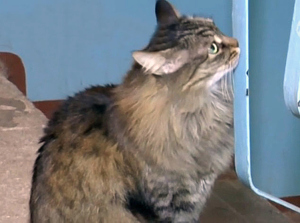 Who says cats are selfish and turn their noses up at humans (with the exception of their personal human). Some people even think that cats are out to get us humans and take us out. Where is the evidence of such accusations? Regardless of what you feel cats true motives are this story might just change your mind about cats.

Masha, a long-furred red tabby, went from being a regular cat to a hero when this kitty saved a human baby from freezing to death. Masha lives in Obninsk, a city located in Russia. While out strolling the neighborhood, Masha discovered a human baby that had been abandoned in a cardboard box. Currently, it is wintertime in Russia with temperatures in the 20’s and dropping.

Neighborhood member, Irna Lavrova was out for her daily walk when she heard the cat meowing very loudly. Lavrova stated, 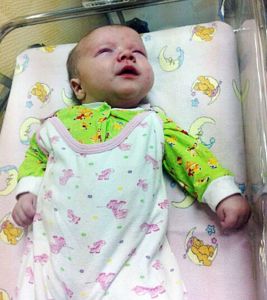 “She is very placid and friendly, so when I heard her meowing, I thought that perhaps she had injured herself.” Masha is sort of a neighborhood watch cat who is cared for by many of the local residents. Lavrova said, “Normally she would have come and said hello to me. You can imagine my shock when I saw her lying in a box next to a baby.” The baby had with him some food and diapers. “Clearly her mothering instincts had taken over and she wanted to protect the child” Lavrova explained. Lavrova signaled a neighbor to call an ambulance. When the paramedics arrived Masha followed them closely as they took the baby into the ambulance.

According to the doctors at the hospital, the baby boy is about 2 and a half months old. A hospital spokesman stated,“The baby had only been outside for a few hours and thanks to Masha … he was not damaged by the experience.”

The communal cat has been hailed a hero by the neighborhood and is getting plenty of attention since saving the baby boy. Lavrova said, “Everyone in the block is very proud of her… We have all spoiled her rotten by giving her her favorite food.”